Well, a typical spring season so far. I wish the produce were growing better and further along-another cool spring isn’t helping matters. I’m behind on most things that need to get done and if it’s not one challenge it’s another.
Today’s Challenge
This morning as I sleepily went out to feed the laying hens like normal I noticed big piles of feathers all about the coop. Being the sleuth that I am, I followed the trail out into the pasture where I found not one, not two, but four dead chickens. Argghhh! Whatever came in last night wasn’t even courteous enough to kill off the old laying hens, but went for the young ones now just begging to produce eggs. Don’t these predators
know I’ve got better things to do this time of year than to play security guard to some laying hens?
Typical Incomplete Spring Project

Like most people who farm, I dream up how the spring season will unfold every winter from the warm confines of my home. This winter I was thinking that I would leisurely put up a new 26 by 96 foot high tunnels and have it planted with tomatoes, cucumbers, and pepper by early May.
Hah…three weeks ago we finally finished the frame and it still sits there without any plastic covering (a greenhouse is pretty useless without a covering).
Winter plans never foresee the crazy planting schedule that explodes in my face every spring. It’s a lot of waiting and waiting because of cold, rain, and high winds before trying to plug in as many seeds and plants as possible in a whatever window of time nature gives me. I also have to juggle this with the beginning battle with weeds which erupts in June as well as the first forays of insect mercenaries who try begin their invasion on all fronts. Typical…
Dad and I working on high tunnel in April (note snow on ground!):

Still, it always turns around. The plants will grow. I’ll fight the weeds and bugs. Produce will be harvested and delivered. It’s only a matter of time, but I know we’ll get there.
Before we start planting outside and really firing up the greenhouse, we try to take care of some items we won’t have time to do when the vegetable season starts in earnest. We take care of jobs related to the sheep like trimming hooves and shearing (I thankfully hired this out this year).
For the last three years we’ve been out sugaring in April, tapping trees and waiting, waiting, waiting for sap to boil down in to syrup. Here’s a picture of Maree and Graham finishing off syrup at the end of the process: 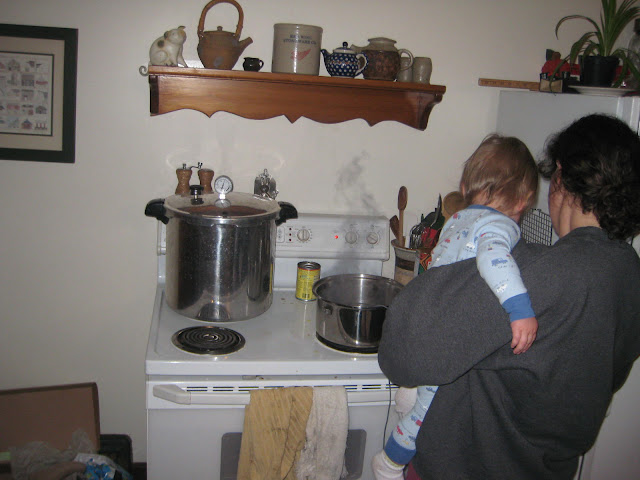 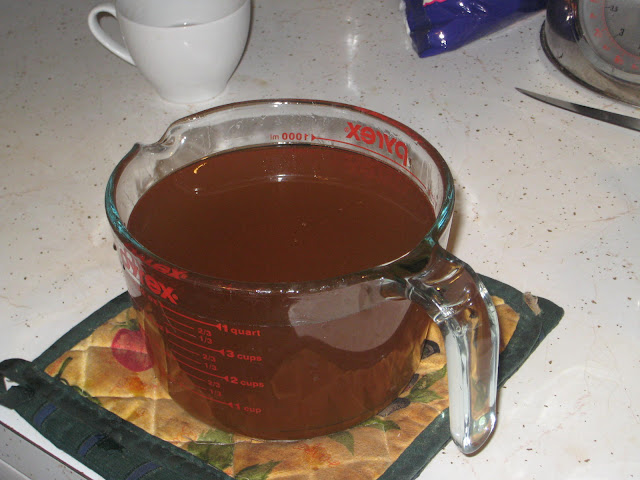 Ever wonder what happens to old laying hens? It’s called canned chicken and broth. The chickens are cut up, put into mason jars, and processed in a pressure canner. The final product is kind of gross looking, but the flavor is great. It’s pretty convenient when you’re making a pot pie or chicken soup and you have pre-cooked chicken on hand. The backs and necks get boiled for broth and then processed in the pressure canner. 4 chickens yielded 14 quarts of broth and 7 quarts of canned chicken: 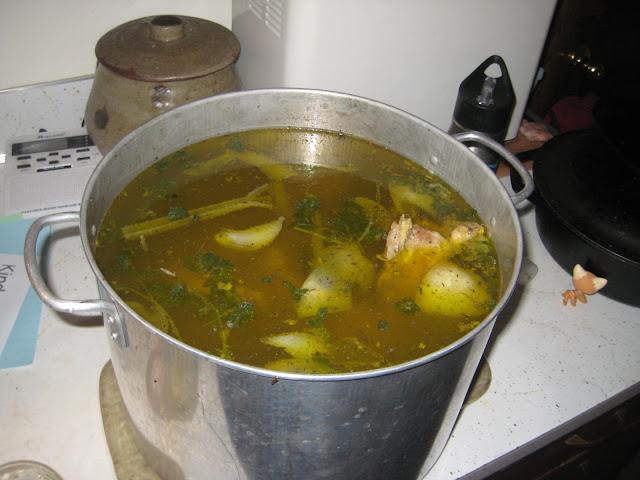 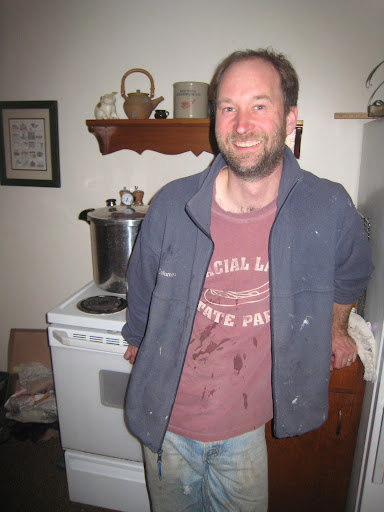