Mid-March and this whole pandemic things seems to come to head. Human psychology fully in play, we begin to stockpile like squirrels readying for winter. First goes toilet paper, then bags of rice, and finally the shelves are quite bare. 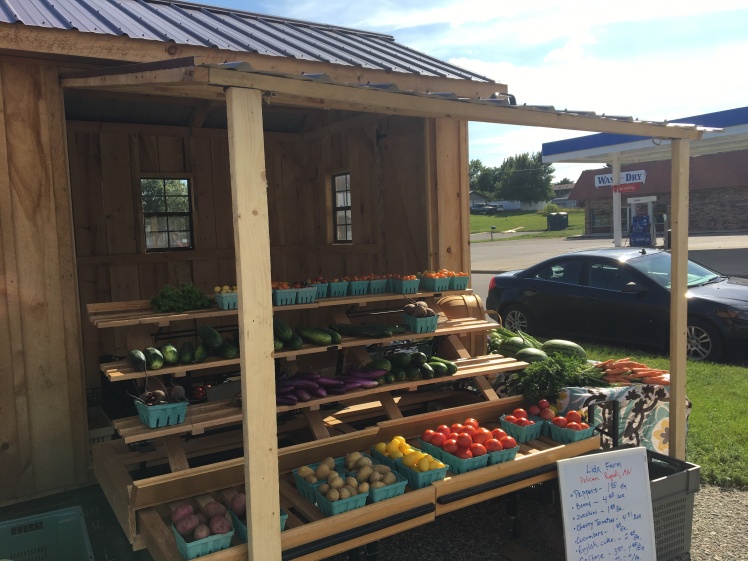 With these experieces as a backdrop, I feel that a shift has occured. When the wholesale supply chain comes to a halt in two weeks, consumers have begun to give their food sources more thought and put a new premium on those sources and food itself. The outcome of this re-thinking is what I’ll call the ‘New Local Normal’ where new people have begun sourcing from local producers and current consumers have doubled-down.

I’ve been in a privileged position to witness this change at both MANNA Food Co-op and at Lida Farm from spring to now. We had more than 20 families on a wait list for the CSA in April even though we increased our total number of shares, the co-op nearly doubled its early summer sales from a year ago, and the end of our driveway can get downright crowded as neighbors shop the farm stand. Now this is maybe a function of more eating at home or people looking for a safe place to shop, both of which are true. But, when talking to these families, their stated motivations makes me believe that I’m onto something with New Local Normal. They talk about supporting local producers, putting their dollars in their local community, and just how good it feels to reconnect to food and people near them.

Certainly that last point is the touchstone that I hammer on again and again in a lot of my writings. YES! The very human connection we feel with food is real. The relationship between farmer and eater. Between place and resident. Food and cook. This is stuff of life that grounds us in place from the fresh veggies on the counter to a chat with a neighbor at a farmers market. Small, humble, day-to-day images that together produce a well-rooted life movie in technicolor.

Only speaking for myself, I have felt this connection. These relationships are not just a way that I make money – it’s much more than that – it’s meaningful and heartfelt and important to me. If those new to this scene who are just taking a small step outside of their usual Wal-mart runs catch just a small glimse of this feeling of connection, I’m confident that this New Local Normal will be the start of a local renaissance. Who knows, we may inhabit a future when auctions of shiny glass corporate offices will become old hat while the farms down the street do yet another expansion. Wouldn’t that be a turn of events?